Your Super in Retirement: How history shows us to keep calm and carry on in volatile markets 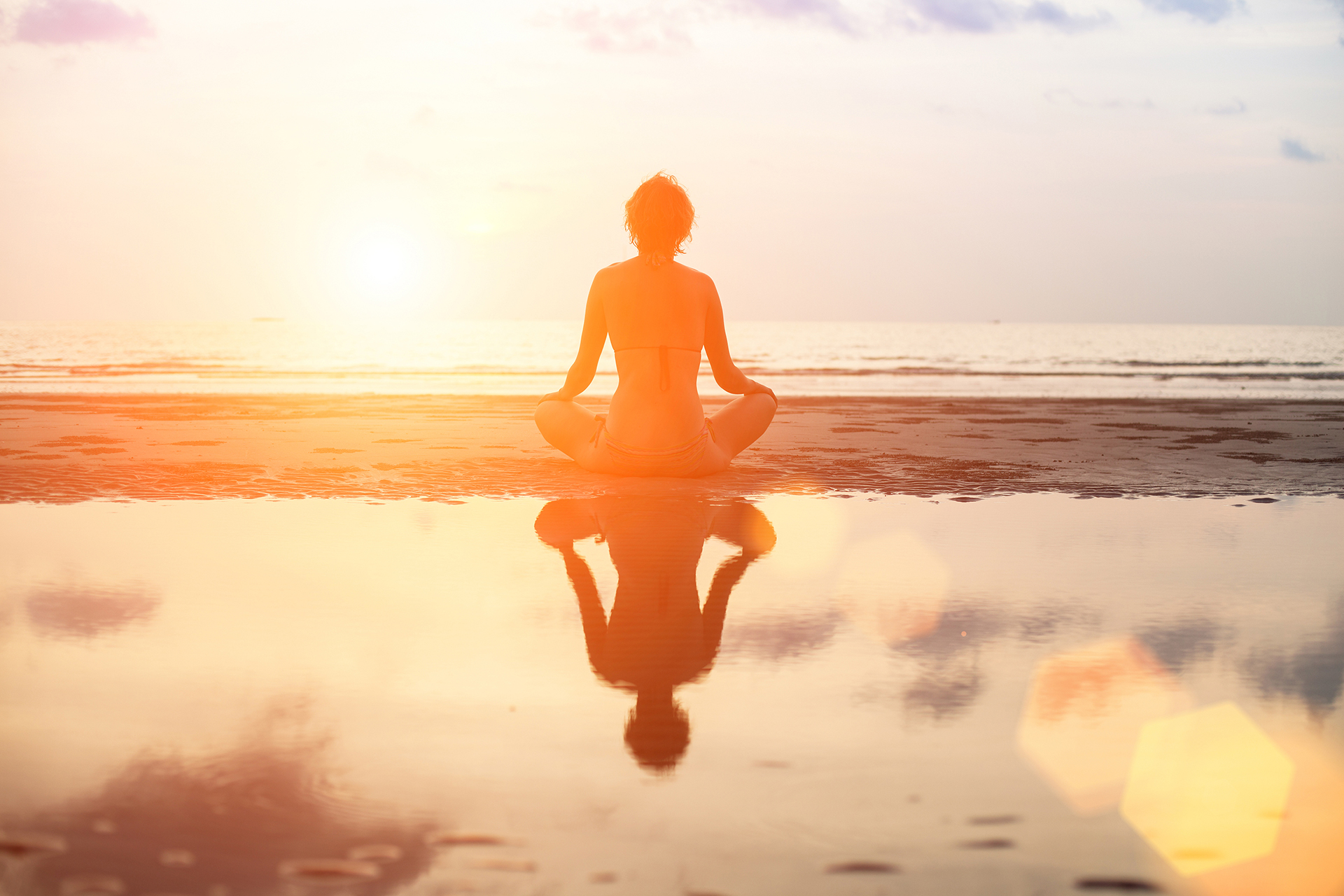 The severe falls in global markets in late 2018, after almost a decade of strong market returns, led many investors to ask whether it was too risky to stay invested in the share market during their retirement. If they did stay invested, should they move to a strategy with less exposure to higher risk investments, like shares?

As it turned out, markets rebounded in January, recovering most of their December losses.

It’s normal to feel anxious about your investments when markets are volatile. However, changing your investment strategy in response to market volatility can have serious consequences for your wealth in retirement. We put superannuation – specifically, account based pensions – under the microscope and look at some of the lessons we can learn from the past.

How have account based pensions performed after previous market corrections?

An account based pension is an investment that you can begin using superannuation money once you meet certain conditions. It provides a regular, tax-effective income.

The chart below shows how an account based pension invested 70% in growth assets and 30% in defensive assets would have performed if a retiree had started the pension during some key market downturns of the past. It assumes the retiree was aged 60 and had an account balance of $500,000 when they began their pension. It also assumes they drew down the minimum annual income payment each year. 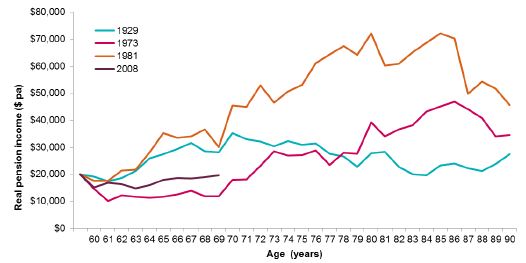 The chart shows the annual pension payments in today’s dollars (adjusted for inflation) for an account based pension that started in four different years.

There are important lessons in this look at history. During retirement, you should expect financial markets to deliver a wide variety of returns and at times, returns will be disappointing – as they were over the 2018 calendar year. Both positive and negative periods can continue for some time. Over time, markets generally do recover from serious downturns, but the very strong market returns that we’ve seen over the last decade are abnormally high.

If your time horizon is long enough, the higher return potential of shares usually does come through. But this can take a long time – you’ll need to be patient, and focus on how you’re progress towards your longer-term financial goals.

What if you switch to a more conservative strategy after a major market fall?

History teaches us another important lesson about reacting to market volatility. Assuming you’re in the right investment strategy to start with, switching to a more conservative strategy after a significant market fall probably won’t be in your best interests. Adopting this approach is likely to impact your lifestyle in retirement.

While in some cases switching to lower risk investments may result in a short-term increase in the income the investor received, it is generally a losing strategy because it will be difficult for the portfolio to recover from the significant negative returns. This could mean that an investor is drawing down more on their capital than they anticipated, so their retirement funds could run out too soon.

In planning a retirement strategy, it’s important to take into account both that negative market events could happen and that over time, markets generally recover from these. If you expect this, you’ll be more able to resist the temptation to sell out of the market, or move into a more conservative strategy, when a market slump occurs. By maintaining your investment strategy at these times, you’ll be well positioned to benefit when the market recovery happens.